A brief history of HIG.

HIG stands for “Handel mit Industriegütern” which means Trade with Industrial Goods. HIG has a history over decades in relation to “Electric Wire”. HIG goes back to the year 1950 when the family FUCHS started a sales office in Vienna for the distribution of their product ELDRA Enamelled Copper Wires (Magnet Wires) made in Graz/Austria. In 1973 the sales office was converted into an independent corporation named HIG who was mainly engaged in the sales of enamelled copper wires to the Electrical Industry in Austria and gradually in overseas markets since 1998.

The target of HIG was the development of additional business fields related to the Electrical Industry. Those are the Electronic, Cable and Wire Industry to which HIG has been supplying sophisticated products of established internationally working manufacturers.

Growth with development of EDM in the 80ies/90ies

At the beginning of the 80ies Wire-EDMing became more popular and started to grow at a larger scale. HIG participated in this development and supplied EDM wires first of copper and then of brass made by FUCHS in Graz/Austria. Due to the increasing demand HIG set up a new product line EDM Wires and Supplies. Standard brass EDM formed the basis. With the introduction of the steelcored copper/brass coated special EDM wire COMPEED, made by FUJIKURA/Japan, HIG started its international business career in EDM.

Over the 90ies further EDM wires have been gradually added such as High Quality-, Regular Brass EDM Wires and High Performance Coated EDM Wires of German and Japanese Quality. In 2004 two more products were incorporated into the sales program, i.e. PREMIUM Brass EDM wire of SUMITOMO Electric, Japan, and the patented PYROELECTRIC coated wire line. HIG can offer the experience of a One-Stop-Shopping Place for EDM Wires.

HIG has earned its global awareness and success by offering special EDM wires which are marketed through competent distributors in all main industrial countries including USA. 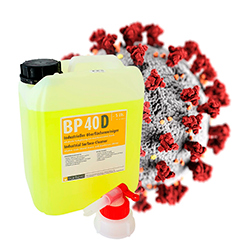